THROUGH THEIR EYES – Tim Garcia

Well hello there! Gosh, its’s been a long time since I’ve posted anything on here. Thanks for giving this blog a gander. Blogging is indeed a saturated field these days. But it’s time for me to stop letting that fact distract me from something I’m passionate about.

So, if you’ve chatted to me in person you’ll be aware of the fact that I like to interrogate people; to find out what makes them tick. Especially if they are artistic, wise, passionate about their craft or just cool to hang out with. So I want to continue a series I started last year called ‘Though Their Eyes’ .

(I interviewed my lovely Mother on life in her 20’s. If you haven’t given it a read, check it out here)

The meaning is in the name. I want to chat to people who interest me in an effort to see the world through their eyes. I’ve been talking to some amazing people for this series. And to start things off I bring you the one, the only … 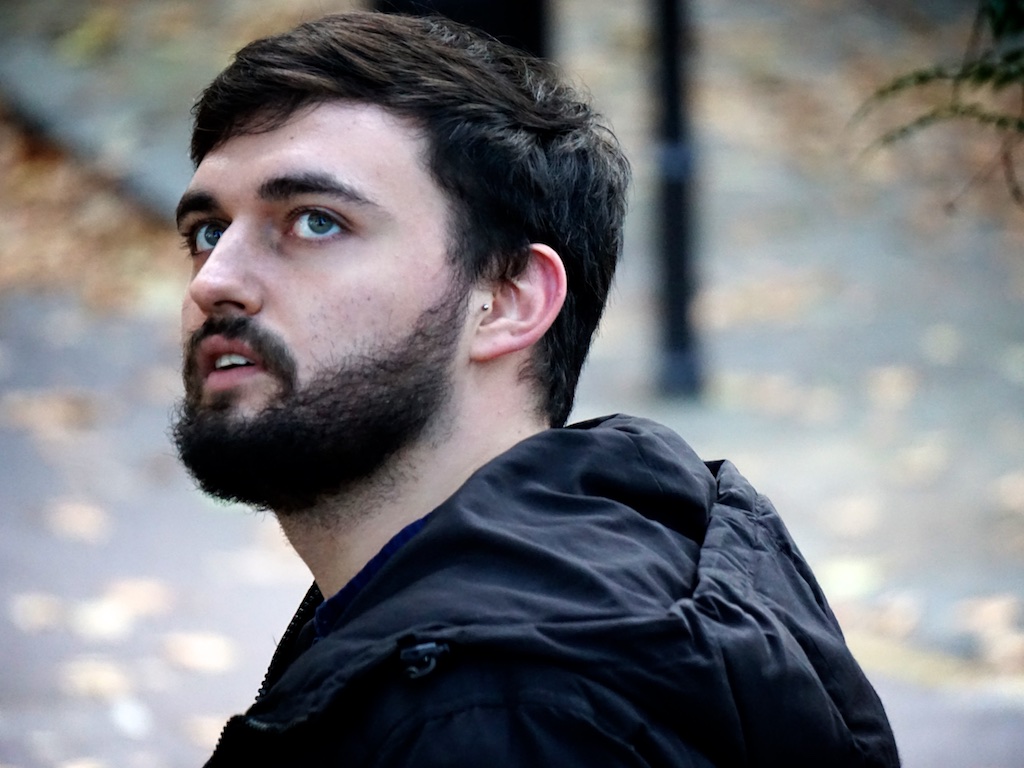 I’m very well thanks Cherise, thanks for having me down. how are you?

Happy! I’ve been wanting to pick your brain for ages and now that time is upon us, haha. So, of course I know who you are! But can you sum up who you are and what you do in a nut shell?

We like to explore and highlight good quality music from all over the globe, connecting the dots through history, where the sounds have come from…where they are going…with the goal of sharing the music to a wider audience.

I guess the overall aim is to break down artificial barriers and borders and create a genre-less narrative bringing together music from everywhere, whether that’s Latin-America, the Caribbean, Africa, Europe, Asia it’s all linked somehow.. just like we are.

As a platform we write articles and curate mixes, radio shows, playlists, interviews and events. I’m happy to say we’ve just expanded our team, to include broadcasters/creatives who inspire us, I’m incredibly excited to start working with this talented bunch, there is so much potential.

We’ve managed to convince some of our favourite radio DJs to join us and from this year the site will be hosting shows from NTS, Worldwide, Reprezent, Radar and Netil. I’m a strong believer in building community, we can achieve much more working together than on our own, pushing each other forward.

Apart from being part of the collective, I host a weekly late night specialist show on Jazz FM, from 1-3am on a Friday night/ Saturday morning (DAB/Online), covering a whole load of different music. My other passions are digging for records, DJing and putting on events.

C: Well my gosh that’s a lot! That sounds fricking awesome. I’m all for breaking down the barriers of Genre in Music. And there aren’t that many online platforms that work within that ethos so Música Macondo is providing a needed alternative. That’s probably why artists and organisations who think the same way as you are so keen to support what you have started. 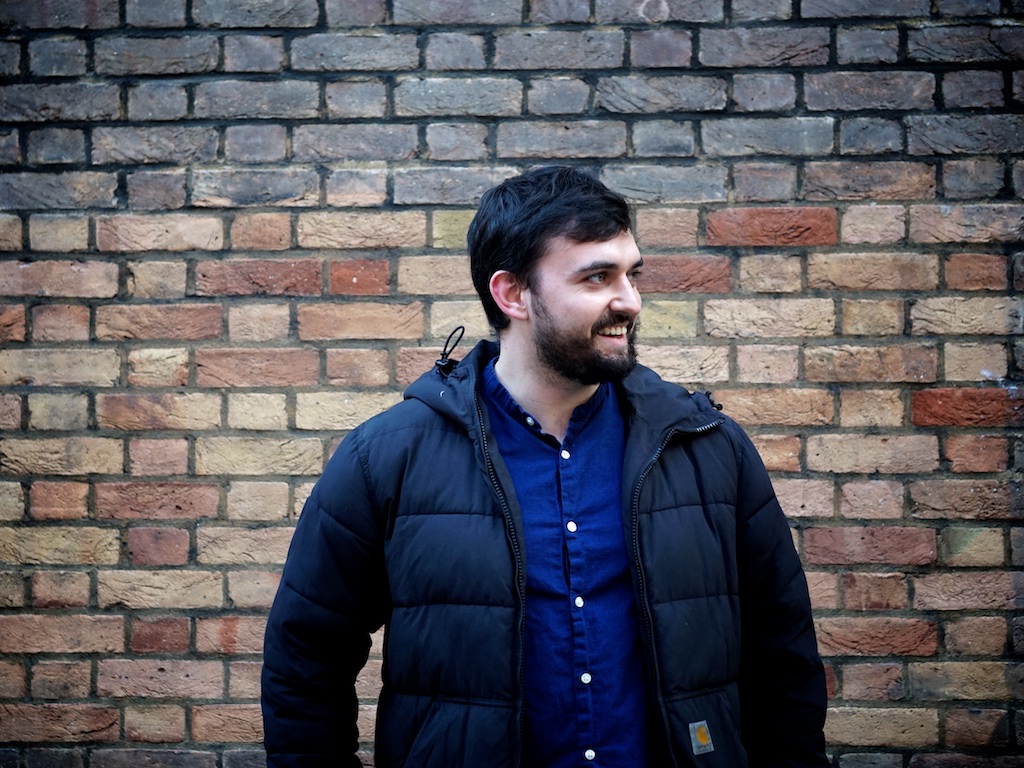 So tell me a bit about how your relationship with Music began. Was there a person or experience that awoke that passion?

T: My passion for music began at a young age, I was exposed to a lot in my house, my mum was a soul singer in Spain before she came over to the UK, she used to sing mainly classic soul: Mo-town etc, and my dad has an incredibly eclectic taste so I’d hear anything from Roni Size and Goldie to A Tribe Called Quest, Gil Scott-Heron, Incognito or Herbie Hancock growing up.

C: Ah, now it makes sense. With a song bird as your Mother and a Father with such an eclectic taste, no wonder you have amazing taste in music! You have such an open mind and you always have your ear to the ground. It’s really inspiring. Have you always loved checking out new Music?

T: Thank you Cherise, that means a lot coming from you. Yes and no, for many years I actually spent a lot of time looking for ‘Old’ music, looking back and tracing where what I was listening to came from, take Golden Era Hip Hop records for example, I loved finding out where they’d sampled the music, and on most of these journeys you generally always end up with the same answer… jazz, or if you go back even further, I’d argue you can trace a lot of (not all) modern music back to West-Africa. But yes I love finding new gems.

C: Boom! I totally agree with you. JAZZ IS LIFE! I feel like I should get that printed in a jumper or something. There’s money to be made here …

(though there are loads more I’d like to mention, I realise I’ve basically just named stuff from the 70s 5 is too hard!) 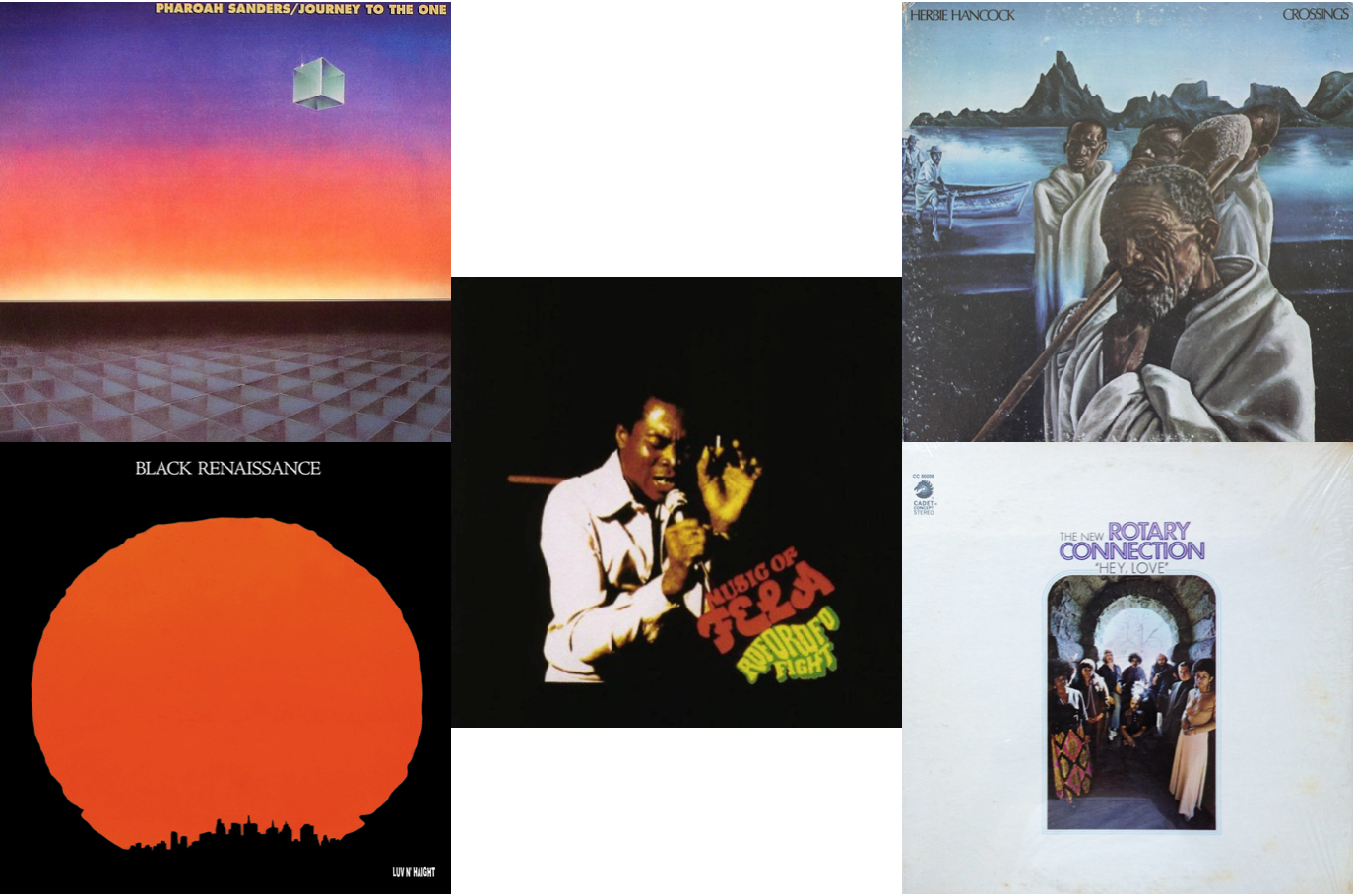 C: Oh my my my! Stellar choices.

Okay next, your top 5 favourite albums of the 21st century … GO! 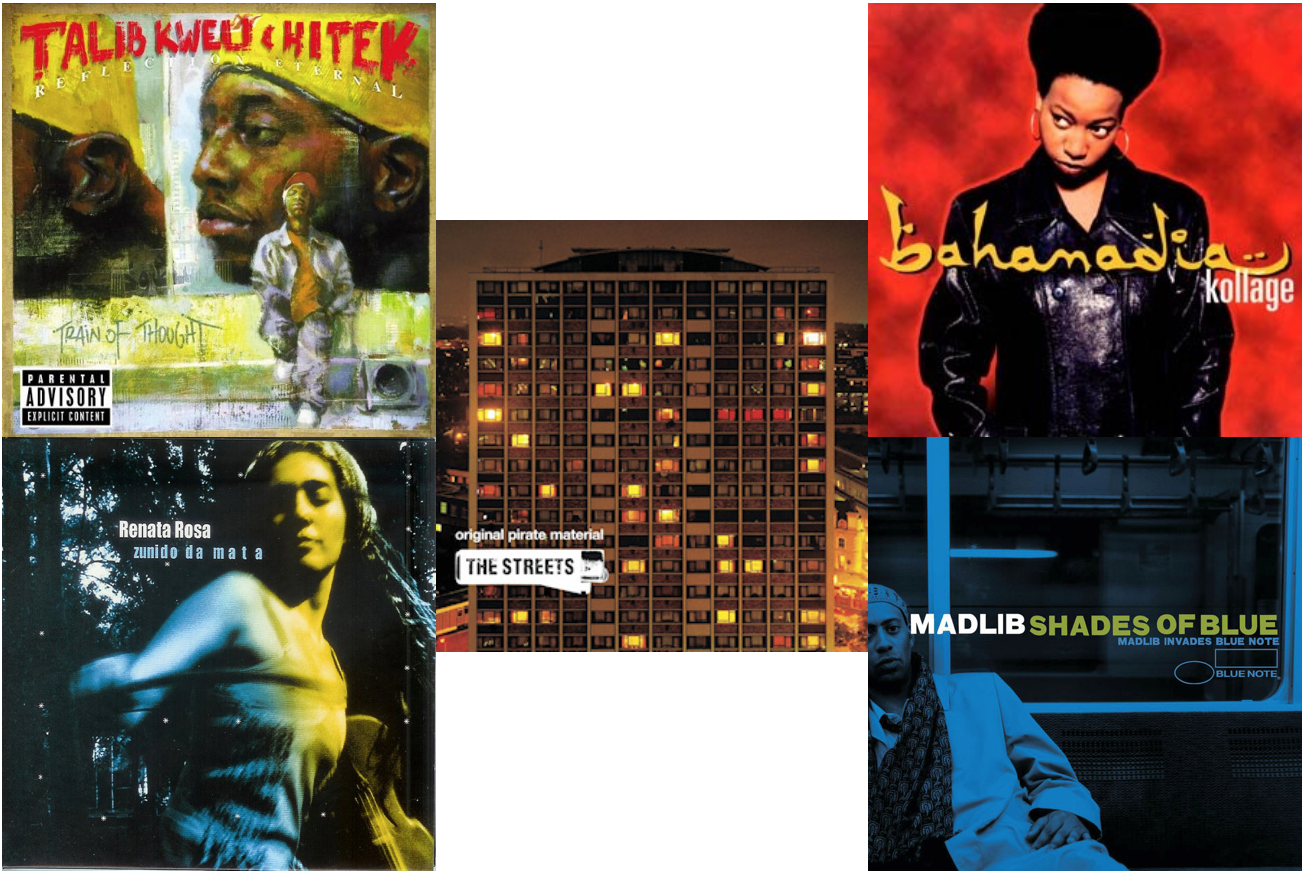 C: You’ve just created my spotify playlist for this week.

Speaking of playlists, I know you have your own show at Jazz FM. That’s fricking amazing 🙂 Tell me a bit more about it and the music you like to play.

T: If I had to describe it I’d say it ranges from Jazz and Latin sounds to music from the African Diaspora, Hip Hop, Electronica (House, Techno, Breakbeat etc) and everything in between.

C: Lovely Stuff. There’s a lot of amazing live Jazz Music taking place in the UK right now. What would you say are the biggest pros and cons about the culture of live music today? (eg. Are audiences supporting the artists enough? Is there much experimentation? Is the environment too elite? Do people support instrumental music?)

T: I think young people are starting to regain enthusiasm for live music, which is great, as you say there is a lot of amazing Jazz-oriented music taking place in the UK at the moment, it’s beautiful to witness. I wouldn’t say, amongst people our age that the environment is too ‘elitist’, it definitely has been a problem in the past and still to a certain extent, with certain venues, though that is also changing… even if it is slowly..

T:  …. and I think DJ culture has had a part to play in that, these bands can often get paid next to nothing or have to pay out of their own pocket to play to an audience. This is something that collectively needs to be addressed, I think that this is changing though…

There are brilliant examples of experimentation with concepts and even just bringing together musicians from different musical backgrounds, look at nights like Church of Sound… a community that harbors creativity in a safe environment, paying homage to the music that came before but also shining a light on the future and ensuring fair ticket pricing to make sure everyone goes home happy… it is possible!!! 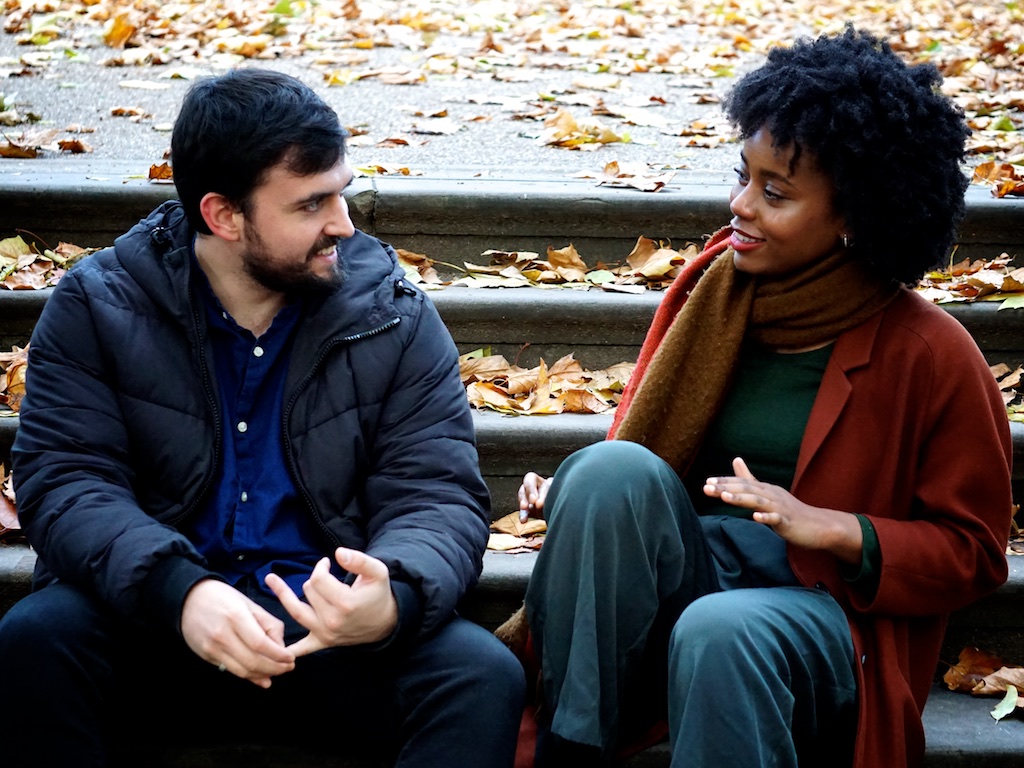 Couldn’t have summed the state of things up better if I tried. So which artists and bands in the Jazz scene do you believe made a notable impact in 2017?

T: For me, seeing Ezra Collective sell out Islington Assembly Hall and Ronnie Scott’s was really inspiring and Juan Pablo: The Philosopher has definitely been a staple on my show, Nubya Garcia killed it last year her EP with Jazz Re:freshed plus her launch at the Jazz Café was definitely a stand out for me.

22a’s Ruby Rushton again made a big impact, Tenderlonious has got something special going on there, very excited about the forthcoming Archestra bits, also loved Yazz Ahmed’s debut release ‘La Saboteuse’, Collocutor’s – The Search on On The Corner Records. Oh and of course how could I forget, Joe Armon-Jones and Maxwell Owin’s ‘Idiom’ project out on Yam records was a big one for me, we got to put on their debut gig with Brainchild Festival, that was definitely one of my highlights, and the record is brilliant, check it out.

C: Loads of amazing artists and bands! I’m really grateful to call most of them my friends. Seeing their journey towards their current success has been special.

Okay, I’d better stop getting all sentimental before I ruin my make-up.

Which artists and bands in the Jazz scene would you class as ‘the ones to watch’ in 2018?

T: This one is hard but I’d like to say Jake Long’s Maisha am looking forward to that album dropping, Cassie Kinoshi’s SEED Ensemble saw them at the London Jazz Festival and that project is very exciting, was listening to the forthcoming Ashley Henry on Sony music, which features yourself on it, another killer release. Joe Armon-Jones’ solo project as well, Emma-Jean Thackray, Theon Cross, Tri-force, Yussef Dayes and Mansur Brown, Sarah Tandy the list could go on for days…

C: Ah, chatting about this is reminding me of how many young skilled Jazz cats we have in London right now. This is truly a special time.

Thanks so much for chatting with me Tim. Really appreciate you taking the time. Lastly I want to ask, where can people see you live next?! And where can we find you online?!

T: I’ll be playing in Barcelona on the 26th of January, and the next time in London will most likely be with 22amusic crew launching the new Tenderlonious EP at Ghostnotes in Peckham (4th Feb) or Polish jazz outfit EABS’ UK debut with Tenderlonious at Total Refreshment Centre on 16th February. 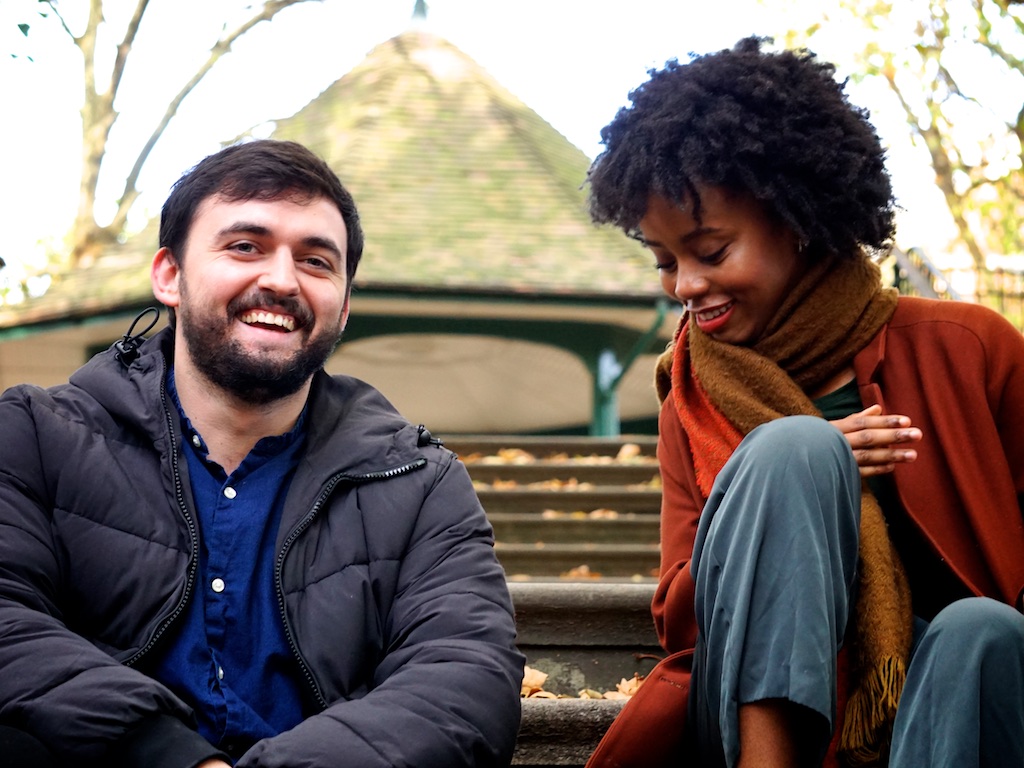 A Saturday at Love Supreme